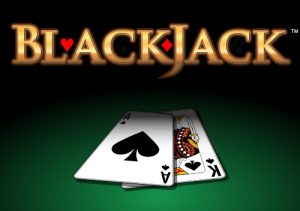 As with many other games, the origins of blackjack have long been disputed. Most likely, blackjack originated in French casinos around the turn of the 18th century, when it was known as Vingt-et-Un. Many believe that blackjack was descended from popular French card games at the time.

Of the numerous versions of the game, “Vingt-et-Un” or “twenty-one” began to grow in popularity over time and spread quite widely. Eventually, with the French pioneers, it also reached North America, and soon it was played all over the continent. The rules of blackjack back then were a little different from what we’re used to today. In the old game of blackjack, only the dealer was allowed to double down. In addition, bets were placed on the table between each hand.

One thing is certain: blackjack was not invented by any particular person, but has evolved over the centuries and is still evolving, thanks to the popularity of the Internet. With the online casino industry, there have been numerous different versions of blackjack that allow it to be said to be alive now. The latest hit is live blackjack tournaments, run by the right dealer, which can be played from the comfort of your own home without having to go anywhere.

How is blackjack played?

Blackjack in difficulty can be considered a medium level game. It’s simple enough for amusement enthusiasts, but it also offers enough challenge for even more experienced gamblers.

Blackjack is a confusingly easy game. The basic idea is that the player must aim for Chapter 21 or as close to it as possible without exceeding it. If you get a number of 21 or less and the number is higher than the dealer’s hand, then you are the winner.

Here are a few basic concepts and rules related to blackjack that need to be mastered in order to better understand the logic of the game.

-DISTRIBUTION. The game starts by placing a bet in the bet ring in front of you. The dealer then gives you and the other players two cards each, including himself.
-BLACKJACK. If the first two cards together make up the number 21, you have blackjack. If the dealer does not have blackjack, you will automatically win. If the dealer also has blackjack, you will get your bet back.
-HIT. If you do not have blackjack, you can ask yourself for one extra card. You can request cards until you reach Chapter 21 or higher, or when you no longer want to request more cards.
-DOUBLE DOWN. If you think you can beat the dealer’s hand with just one extra card, then you can double your bet and ask for an extra card.
-SPLITTING. If you are dealt two identical cards, such as two of a kind, you can deal them and play them as two separate hands. You must place the same bet on both hands.
-EXTRADITION. There are times when it’s better to give up than to play a hand at the time. When this is allowed, the player gets back half of his original bet.

Blackjack on your mobile device

Many online casinos now offer the opportunity to play blackjack on a mobile device. It’s just like playing in a casino, except that you can play it wherever you have fun. The idea stays the same – try to get as close to Chapter 21 as possible without exceeding it. It’s good to remember that unlike traditional casinos, every hand you play comes from a new deck of 52 cards. Therefore, it is always possible to get certain hand combinations regardless of the number of rounds of play.

This strategy, which is mainly used in blackjack, is useful when you want to determine if the next hand is more likely to be better for the player or the dealer. It is based on which cards have already been in use during the game, allowing you to calculate the probability of certain cards hitting your spot. Counting cards makes placing bets less risky and reduces the likelihood of losing. The skill does not require a tremendous photographic memory but simple basic calculation skills as well as concentration.

Blackjack is one of the most popular casino card games, but there are many other beloved card games alongside it. Some of them are very similar in terms of blackjack rules, and because the competition is only between the player and the dealer. One example of this is Baccarat, where players can bet on behalf of the winner and where, unlike in blackjack, cards are dealt automatically. Blackjack is often considered more demanding of skills and knowledge. Another popular category of card games are, of course, poker games, which, like blackjack, require strategy knowledge. In Texas Hold’Em and Omaha poker, players play against each other instead of the dealer. Both poker and blackjack tournaments are hugely popular both online and at stone foot casinos.

Most of the online casinos offer the hottest novelty of being able to play with a live dealer, with a live player playing the game in real time. Live games that offer a social atmosphere are hugely popular these days and many online casinos have had to increase the number of gaming tables due to the tremendous demand.